Get a Shield TV video streamer for $129 at Amazon today

Nvidia If you have a new 4K TV, but no actual 4K content, then this $129 Amazon deal on Nvidia’s Shield TV is your answer. The Shield TV features the same Nvidia Tegra X1+ processor used in its big sister, the Shield TV Pro, which has enough power to perform real-time AI-based upsampling of 1080p… 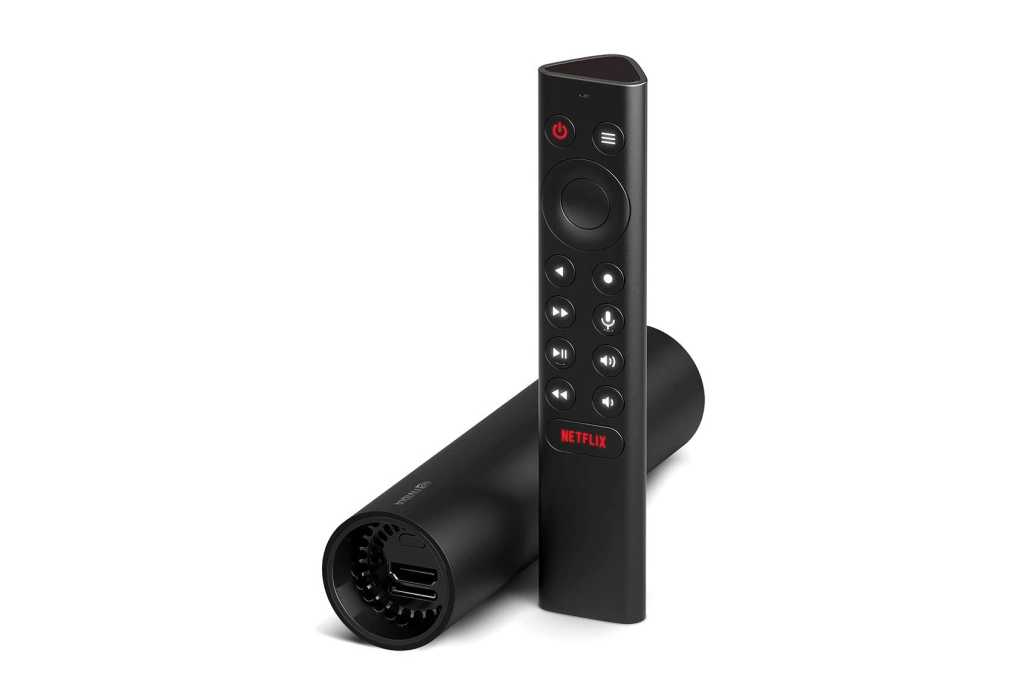 If you have a new 4K TV, but no actual 4K content, then this $129 Amazon deal on Nvidia’s Shield TV is your answer. The Shield TV features the same Nvidia Tegra X1+ processor used in its big sister, the Shield TV Pro, which has enough power to perform real-time AI-based upsampling of 1080p content to 4K resolutions.

Although AI-based upsampling isn’t as good as native 4K content, it’s definitely an improvement. For those on a limited bandwidth plan, streaming at a lower bandwidth of 1080p that’s upsampled by the Shield TV uses less data. Even better: If the streaming service you use charges for a premium 4K account you don’t want to pay for, the Shield TV can save you some cash there too by sticking with 1080p plans. Keep in mind that the Shield TV has to support the streaming service to work its magic but it supports many of the popular ones.

The Shield TV’s can accept a microSD card for your home movies and connects via Wi-Fi or gigabit ethernet but it’s best feature may be its size. It’s small enough you can tuck it behind your wall-mounted TV so as not to ruin your living-rooms clean look.

The Shield TV has fetched about $150 on Amazon since its introduction but has been on sale for $129 for almost the last two weeks, which amounts to about a 14 percent savings. That’s not a stupidly-good deal, but combine it with saving on bandwidth and on a premium plan, and it may quickly pay for itself.

We’re fans of the Shield TV and if you want arguably one of the best streaming devices out today, it’s worth taking a look. Our advice if you do jump on this? That big Netflix button that seems like a great idea at first rapidly becomes a pain, so if you buy a Shield TV we recommend you read this story to see how to disable it.

Note: When you purchase something after clicking links in our articles, we may earn a small commission. Read our affiliate link policy for more details.

One of founding fathers of hardcore tech reporting, Gordon has been covering PCs and components since 1998.

This site uses Akismet to reduce spam. Learn how your comment data is processed.

Report: Semiconductor industry expected to reach $600B in 2022

January 21, 2022 10:40 AM Image Credit: Getty Images Did you miss a session from the Future of Work Summit? Head over to our Future of Work Summit on-demand library to stream. A new report by Deloitte predicts that companies will hit historic revenue highs this year, despite chip shortages and supply chain issues. For the first…
byAva Gardner

The Best Notebooks For Less Than 1,000 Euros

Is your AI project doomed to fail before it begins?

November 28, 2021 9:05 AM Image Credit: Petri Oeschger/Getty Images Hear from CIOs, CTOs, and other C-level and senior execs on data and AI strategies at the Future of Work Summit this January 12, 2022. Learn more Artificial intelligence (AI), machine learning (ML) and other emerging technologies have potential to solve complex problems for organizations.…
byAva Gardner